For Sama is both an intimate and epic journey into the female experience of war. A love letter from a young mother to her daughter, the film tells the story of Waad al-Kateab’s life through five years of the uprising in Aleppo, Syria as she falls in love, gets married and gives birth to Sama, all while cataclysmic conflict rises around her.

Her camera captures incredible stories of loss, laughter and survival as Waad wrestles with an impossible choice– whether or not to flee the city to protect her daughter’s life, when leaving means abandoning the struggle for freedom for which she has already sacrificed so much.

The film is the first feature documentary by Emmy award-winning filmmakers, Waad al-Kateab and Edward Watts.

In January 2016 Waad al-Kateab started documenting the horrors of Aleppo for Channel 4 News in a series of devastating films simply titled Inside Aleppo.
The reports she made for Channel 4 News on the conflict in Syria, and the most complex humanitarian crisis in the world, became the most watched pieces on the UK news programme – and received almost half a billion views online and won 24 awards – including the 2016 International Emmy for breaking news coverage.
Waad was a marketing student at the University of Aleppo when protests against the Assad regime swept the country in 2011. Like many hundreds of her fellow Syrians, she became a citizen journalist determined to document the horrors of the war. She taught herself how to film – and started filming the human suffering around her as Assad forces battled rebels for control of Aleppo. She stayed through the devastating siege – documenting the terrible loss of life and producing some of the most memorable images of the six-year conflict. When she and her family were evacuated
from Aleppo in December 2016,she managed to get all her footage out.
Waad lives in London with her husband Hamza and two daughters. 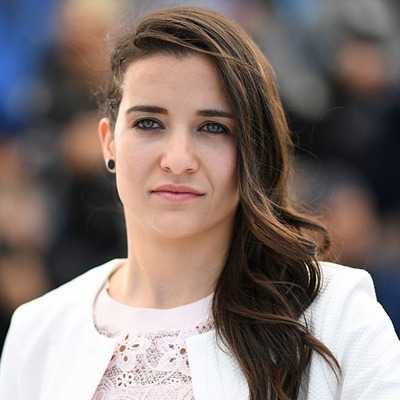